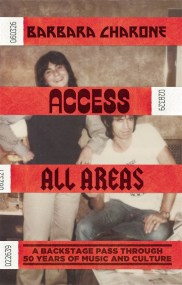 Access All Areas: A Backstage Pass Through 50 Years of Music and Culture tells the story of how a music-loving, budding journalist from a Chicago…