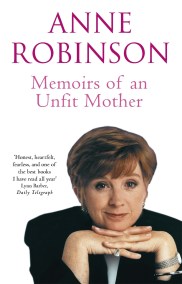 Memoirs of an Unfit Mother

Anne Robinson's mother was a cross between Robert Maxwell and Mother Teresa. When Anne became a young reporter in Fleet Street, her mother, a wealthy…