Tackling some of the most important ideas in child psychology and human development, Human Resilience presents key theories from Ann and Alan Clarke's pioneering work… 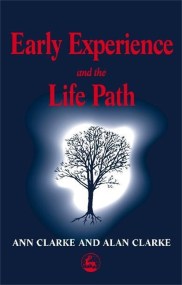 Early Experience and the Life Path

This important book challenges the widely held assumption that early experience has a disproportionate effect on later development. Drawing from over forty years of rigorous…