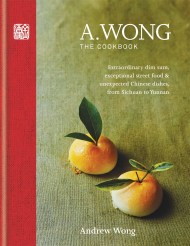 A. Wong – The Cookbook

DECLARED "NO. 3 RESTAURANT IN THE UK" - 2017 NATIONAL RESTAURANT AWARDS 'a gorgeous cookbook filled with passion and soul' - Ken Hom From Lotus…