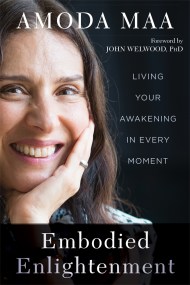 In Embodied Enlightenment, contemporary spiritual teacher Amoda Maa Jeevan dispels the outdated view of a transcendent enlightenment and instead presents a new, feminine expression of…