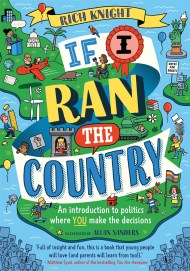 If I Ran the Country

'The perfect book for our times ... that young people will love (and parents will learn from too!).' - Matthew Syed Congratulations! You've just become…