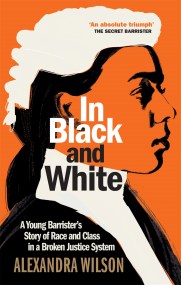 In Black and White

'An absolute triumph; a compelling and courageous memoir forcing the legal profession to confront uncomfortable truths about race and class. Alexandra Wilson is a bold…