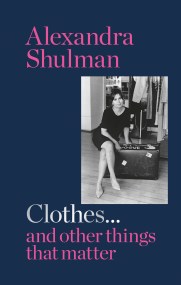 Clothes... and other things that matter

'Clothes is the perfect isolation read - clever, emotionally intelligent, revelling in style without making us yearn to shop' - Hannah Betts, The Times 'Self-deprecating…