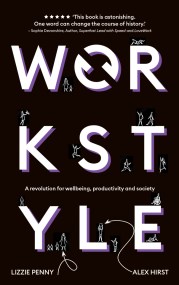 Workstyle is the freedom to choose when and where you work. It is only now, after centuries of formal and inflexible working hours, that such…