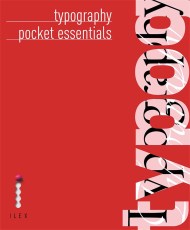 Typography is the most ubiquitous of the graphic arts, with all of us now having access to innumerable fonts and the typographic tools that can,…