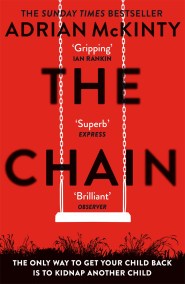 THE ONLY WAY TO GET YOUR CHILD BACK IS TO KIDNAP ANOTHER CHILD 'A blazing, full-tilt thriller that entirely justifies the hype' GUARDIAN 'A heart-stopping…