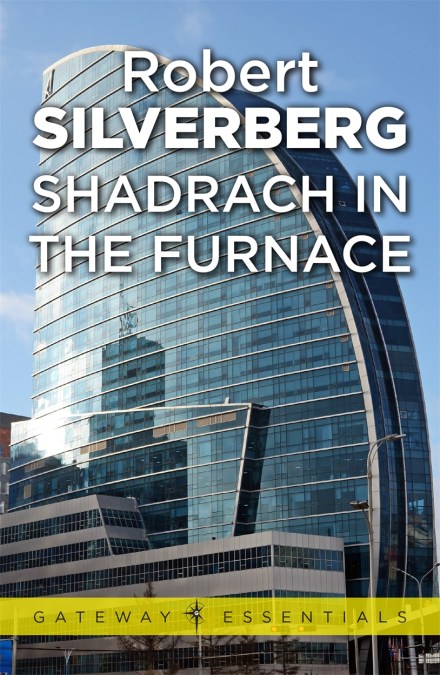 Shadrach in the Furnace

by Robert Silverberg
The year is 2012. The world lies ravaged by biological warfare, its population decimated by a ferocious genetically-transmitted disease known as the organ rot. And presiding over the ruins is a ninety-three-year-old tyrant, preserved in a state of youth by a series of organ transplants: the self-styled Genghis Mao.

Shadrach Mordecai, Genghis Mao’s trusted personal physician, was a vital cog in the great machine devoted to keeping the ruler alive: linked to him by a network of electronic implants, Shadrach was able to detect and diagnose the first signs of malfunction in his lord and master. But close as he was to the aging dictator, Shadrach could not have known that events would soon plunge him into a desperate struggle – a struggle in which a paragon of idealism faced the very incarnation of evil. 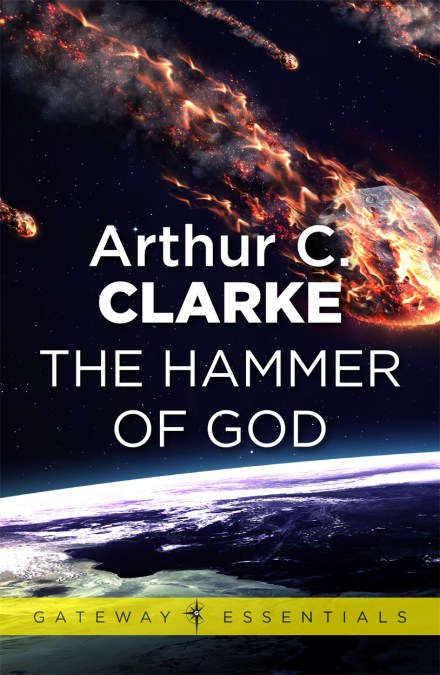 The Hammer of God

by Arthur C. Clarke
The Hammer of God is vintage Clarke: superb storytelling, authentic science, and wonderful vignettes of life in the twenty-second century on Earth, the Moon, Mars – and in space.

‘The Hammer of God’, the short story on which this novel is based, first appeared in Time magazine in the autumn of 1992. It was only the second piece of fiction ever to appear in the magazine – the first having been Alexander Solzhenitsyn. 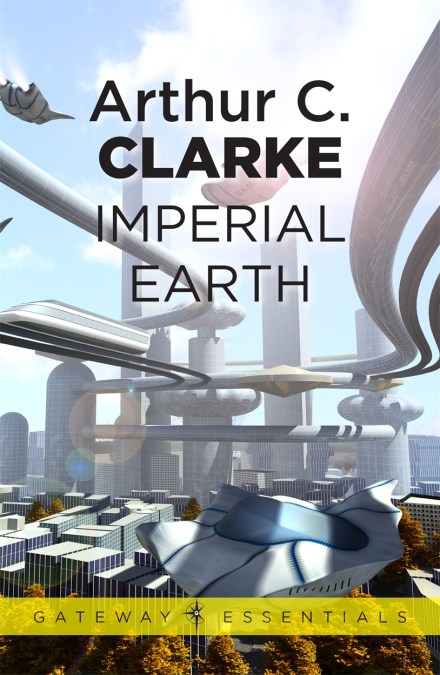 by Arthur C. Clarke
Colonists from the entire solar system converge on the mother planet for the 2276 celebrations.

Among the influx of humanity is Duncan Makenzie, scientist-administrator from the underground colony of Titan, one of the outer moons of Saturn. Makenzie is not just on Earth for the celebrations, though; he has a delicate mission to perform – for his world, his family and himself . . . 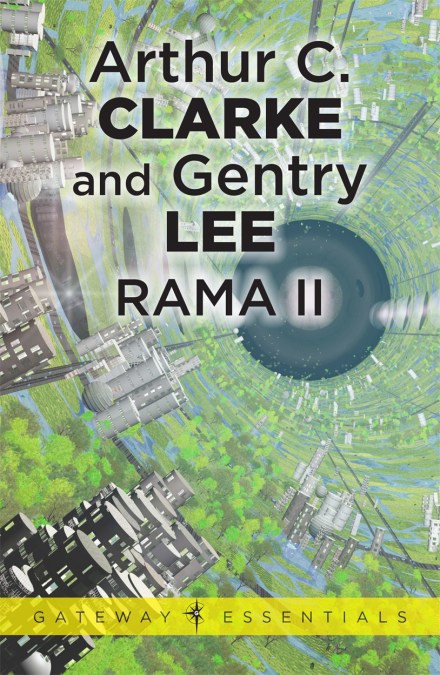 by Arthur C. Clarke by Gentry Lee
The sequel to the only SF novel to sweep all SF awards and one of the bestsellers of all time

In 2130, an alien spaceship, Rama, entered our solar system. The first product of an alien civilisation to be encountered by man, it revealed many wonders to mankind – but most of its mysteries remained
unsolved …

Sixty-six years later, a second approaching spacecraft was detected; four years on, the Ramans are definitely returning. But this time, Earth is ready.

And maybe now, with the arrival of Rama II, some of the questions posed by Rama will at last be answered. 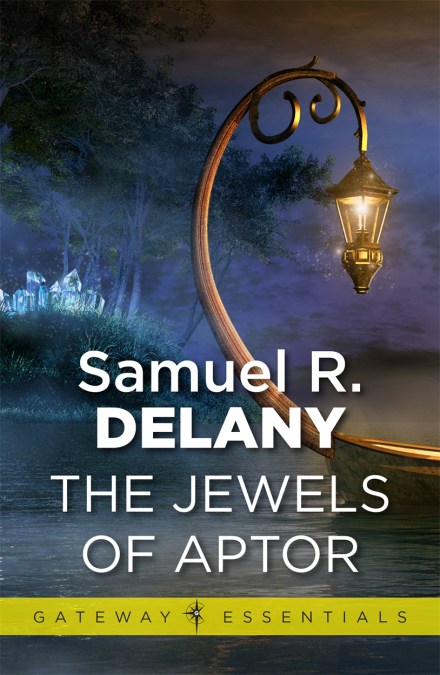 by Samuel R. Delany
When Argo, the White Goddess, orders it Geo, the itinerant poet, and his three disparate companions journey to the island of Aptor to seize a jewel from the dark god, Hama, and return it to Argo so that she may defeat the malign forces ranged against her and the land of Leptar.

But, as the four push deep into the enigmatic heart of Aptor and the easy distinctions between good and evil start to blur, their mission no longer seems straightforward. For Argo already controls two of the precious stones and possession of the third would make her power absolute. And the four friends have learned that power tends to corrupt… 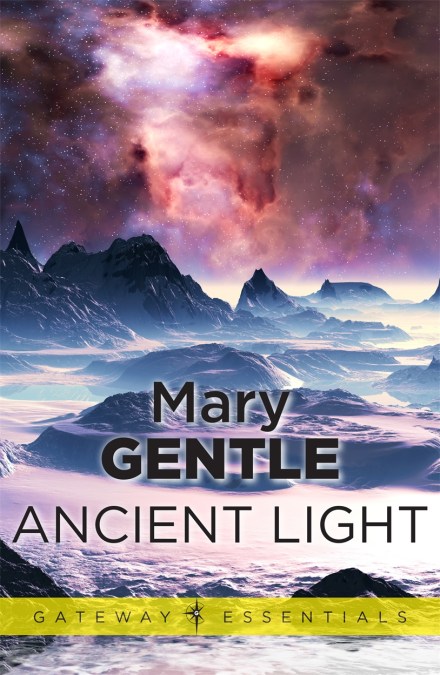 by Mary Gentle
This gracefully written sequel to Golden Witchbreed powerfully depicts the impact of a high-technology civilization on a decaying planet. Ten years after having served as Earth’s first envoy to Orthe, which is struggling to survive after a planetwide holocaust millennia ago, Lynne de Lisle Christie returns there as an advisor to PanOceania, one of Earth’s giant multinational companies, which is seeking to discover the technological secrets of the Goldens, the ruling race that had destroyed itself while almost obliterating Orthe. Christie seeks to help the native people, some of whom have been her friends, some her enemies, but all closely bound in her memories and loyalties. Instigated by the last of the Golden, a madwoman seeking domination, war between the poor and starving hiyeks of the Desert Coast and the land-loving telestres of the north is aggravated by smuggled high-tech weapons. Christie, while holding a dreadful secret from the Orthe’s past, attempts to mediate. Gentle creates moving, different, yet recognizable societies and people that catch the reader’s emotions as they struggle to save themselves. 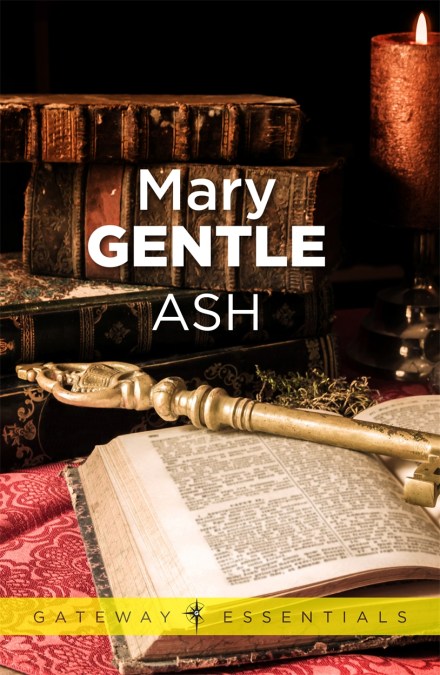 by Mary Gentle
For the beautiful young woman Ash, life has always been arquebuses and artillery, swords and armour and the true horrors of hand-to-hand combat. War is her job. She has fought her way to the command of a mercenary company, and on her unlikely shoulders lies the destiny of a Europe threatened by the depredations of an Infidel army more terrible than any nightmare.

Winner of the BSFA Award for best novel, 2000 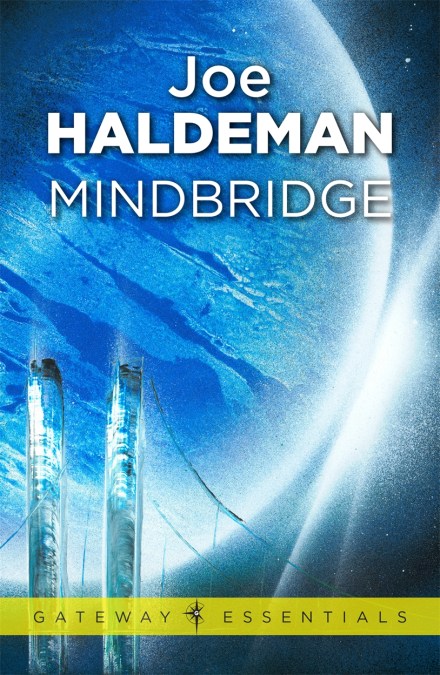 by Joe Haldeman
Jacque LeFavre is a tamer – a member of one of the tough and honed exploration teams that, since the dramatic discovery of the Levant-Meyer Translation, humankind has been able to send to the stars. And Jacque’s first world is the second planet out from Groombridge 1618. It isn’t an especially promising place; the planets accompanying small stars rarely pan out. But the strange and mysterious creature that Jacque and his colleagues find there, with its gift of telepathy, leads to contact with the alien and enigmatic L’vrai, and confronts humankind with an awesome opportunity – and appalling danger. 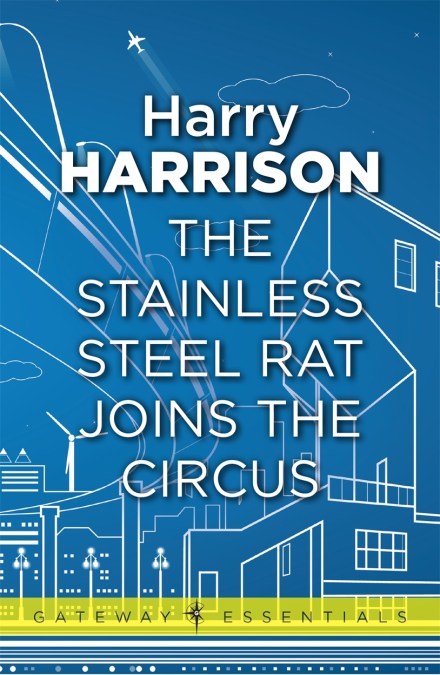 by Harry Harrison
‘Set a thief to catch a thief’ goes the old saying.

And when you are the richest man in the Universe and someone is systematically robbing your various banks blind you’d better set the best thief ever to catch your thief. After all, even at four million credits a day plus expenses, you can afford him. Enter Slippery Jim DiGriz.

And that’s how it all began for Slippery Jim and his wife, the ever deadly Angelina; persuaded from a life of stockmarket dabbling and picnicking by the hover tanks, hard cash and outright flattery of undoubtedly the richest and probably the oldest man alive; Imperetrix Von Kaiser-Czarski.

It would have seemed rude to not take the job and after barely four weeks (at four million a day) of watching the latest in computers (courtesy of son James) sift through the available evidence Jim has his first lead. Each time one of Kaiser Czarski’s banks is robbed there is a circus in town.

And as Jim knows full well, you don’t find out about a circus by going to it. You join it… 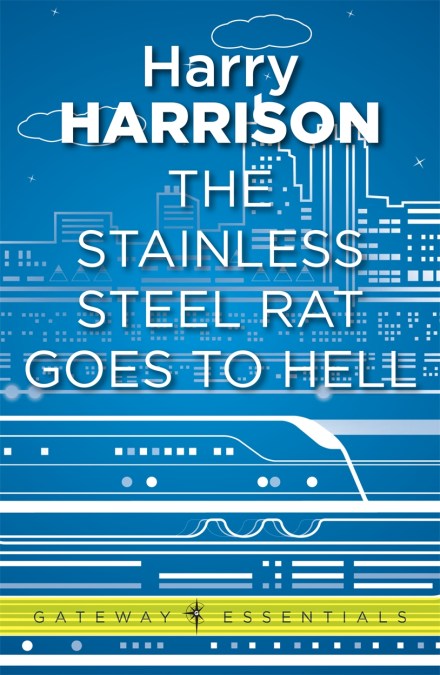 by Harry Harrison
Sinister religions, missing physicists, super strings and retarded entropy; it’s all in a day’s work for Slippery Jim DiGriz, the Stainless Steel Rat, the Universe’s greatest ever thief and con artist. But this time the stakes are rather higher than even Slippery Jim is used to. His wife Angelina has disappeared and he has nothing to go on except a pool of blood and a severed hand (formerly belonging to a physicist of stellar repute) – and the fact that she has expressed an interest in The Temple of Eternal Truth, a cult offering a sneak peek at heaven – for a price.

But there’s a job to do and the Stainless Steel Rat is the man to do it. After all, the devil makes work for idle hands… 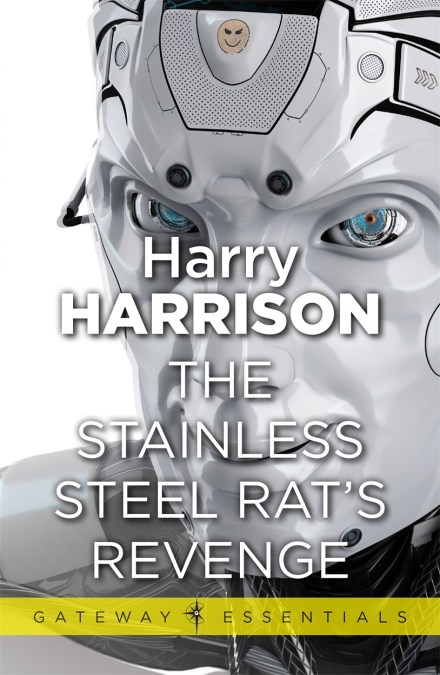 by Harry Harrison
It was totally impossible for Cliaand to wage interstellar war…but the crazy little planet was winning, whatever the odds. And there wasn’t much the peaceful galaxy could do…except send Slippery Jim di Griz – the Stainless Steel Rat – to wage his own kind of guerrilla campaign against the grey men of Cliaand and their leader, the indomitable Kraj. But then the Rat was aided by a band of liberated Amazons and his own beloved, murderous Angelina…and they had to swing the odds in his favour. 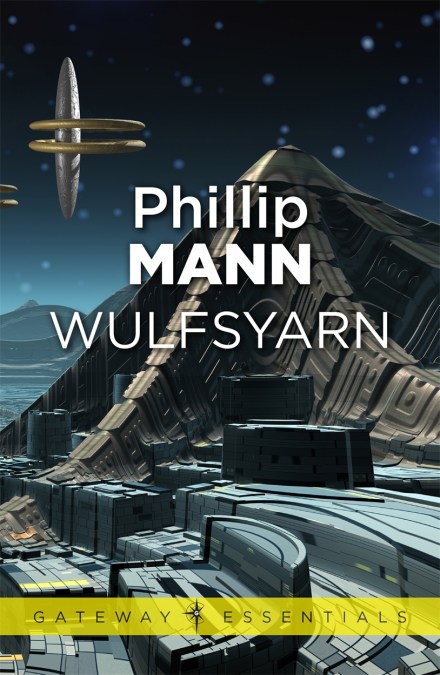 by Phillip Mann
The Nightingale was the most advanced craft in the entire fleet of Mercy ships belonging to the Gentle Order of St Francis Dionysos. On its maiden voyage, its life bays packed with refugees, the Nightingale disappeared. Despite strenuous efforts no trace of it could be found.

Then, a year later, a distress signal was heard and the Nightingale reappeared. It was damaged in ways that meant its survival in space was a miracle. But of its previous cargo of life-forms there was no sign. Only one creature remained alive within the ship, and that was its captain, Jon Wilberfoss.

Wulfsyarn is the story of the Nightingale, and of Jon Wilberfoss. It is told by Wulf, an autoscribe who has the task of observing Wilberfoss in the aftermath of his return. For the captain of the Nightingale is a condemned man: condemned by the Gentle Order, and self-condemned by a burden of guilt so intense his mind refuses to acknowledge it. Over the long period of Wilberfoss’ tortured convalescence in a peaceful monastery garden on the planet Tallin, Wulf watches and waits, recording the mosaic of Wilberfoss’ life: his childhood and adolescence, his entry into the Gentle Order, his marriage (to a native Tallin woman), and the great moment when he was chosen as captain of the Nightingale.

But can Wulf bring Wilberfoss to finally face the truth of what happened on the Nightingale’s fatal first and last journey?
Next Page