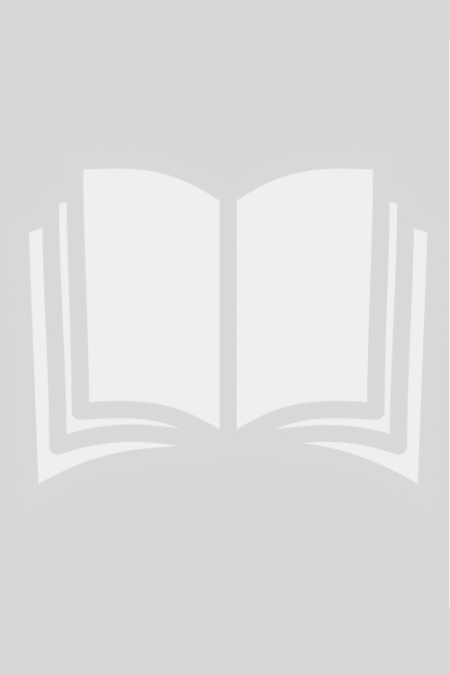 Castles Made Of Sand

by Gwyneth Jones
The BOLD AS LOVE series is a world of daring, dread and enchantment, a world that could almost be ours: a brilliant combination of myth, magic and pop culture.

Ax Preston, Sage Pender and Fiorinda, charismatic leaders of the Rock-n-Roll Reich, have beaten the cascade of disasters that followed the collapse of the former United Kingdom. Now they have to find some resolution to the impossible dynamics of their own relationship, while the world keeps falling apart. There are fearsome things going on in England’s rural hinterland, and in Continental Europe the green nazis are planning a final solution to desperate environmental damage. But there’s nothing the Triumvirate can’t handle – until Fiorinda’s father, a monster of the kind the world has never before known, reaches out to reclaim his magical child, the flower-bride.

And that’s when darkness falls over Ax’s England . . .

Harrowing . . . enchanting – a dark fairy tale with an epic sweep, set in a world very like our own. 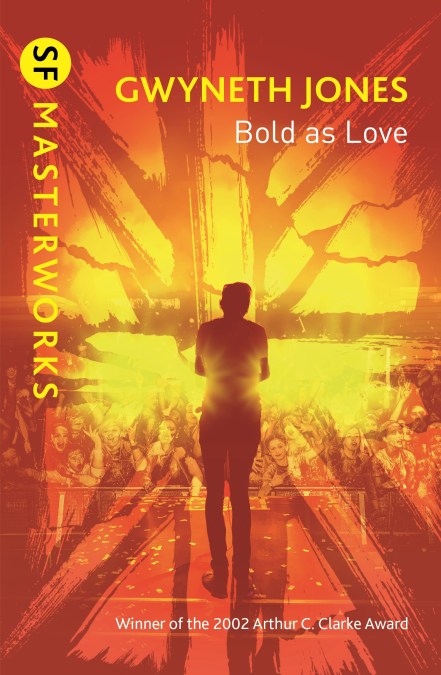 It’s Dissolution Summer and as the United Kingdom prepares to break up into separate nations, the Counterculturals have gathered for a festival where everything’s allowed. Among them is a talented little brat called Fiorinda, rock and roll princess by birth, searching for her father, the legendary Rufus O’Niall.
Instead, she finds Ax Preston, the softly spoken guitarman with bizarre delusions about saving the country from the dark ages. Together with Sage Pender, techno-wizard king of the lads, they join the pop-icon team that’s supposed to make the government look cool. 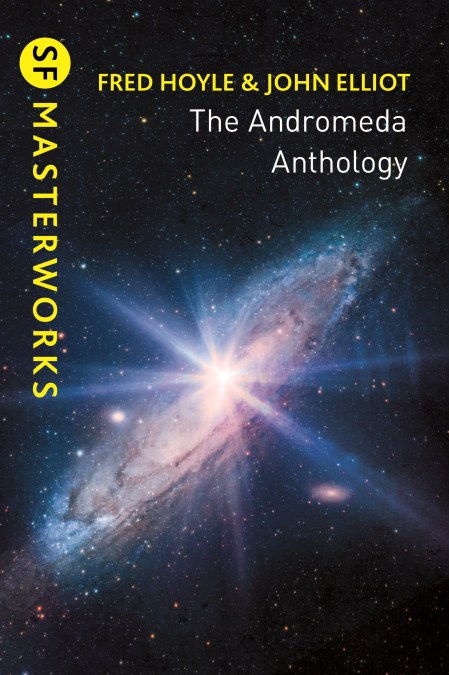 by Fred Hoyle by John Elliott
In addition to being the man who coined the term ‘the Big Bang’, world-renowned astronomer Sir Fred Hoyle also produced a fine body of science fiction. The Andromeda Anthology contains the acclaimed duology A for Andromeda and The Andromeda Breakthrough, co-written with John Elliot.

The close-knit group of scientists who work at the new radio telescope are shocked to receive a mysterious signal from the heart of the Andromeda galaxy. Working with mathematician Christine Jones, Dr John Fleming interprets the signal as the instructions to build a super-computer. When the computer begins to relay the information it receives from Andromeda, scientists find themselves possessing knowledge previously unknown to mankind, knowledge that could threaten the security of human life itself. 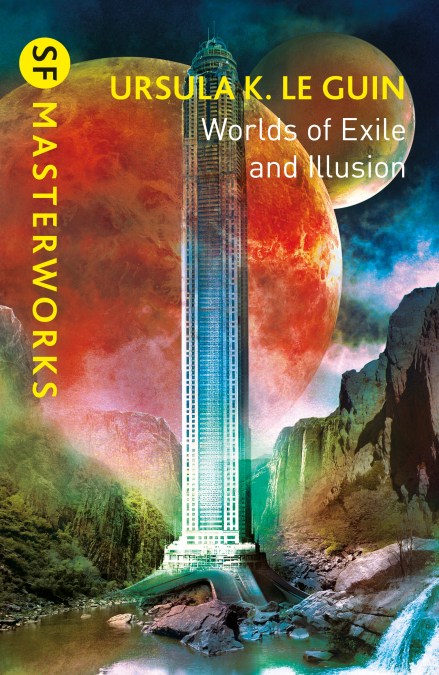 Worlds of Exile and Illusion

by Ursula K. Le Guin
From the multi-award-winning author of The Left Hand of Darkness and the Earthsea sequence comes this single-volume omnibus of the first three Hainish novels.

Intergalactic war reaches Fomalhaut II in Rocannon’s World.
Born out of season, a precocious young girl visits the alien city of the farborns and the false-men in Planet of Exile.
In City of Illusions a stranger wondering in the forest people’s woods, is found and his health restored; now the fate of two worlds rests in this stranger’s hands . . .

The three novels contained in this volume are the books that launched Ursula K. Le Guin’s glittering career, and are set in the same universe as her Hugo and Nebula Award-winning classics, The Left Hand of Darkness and The Dispossessed. 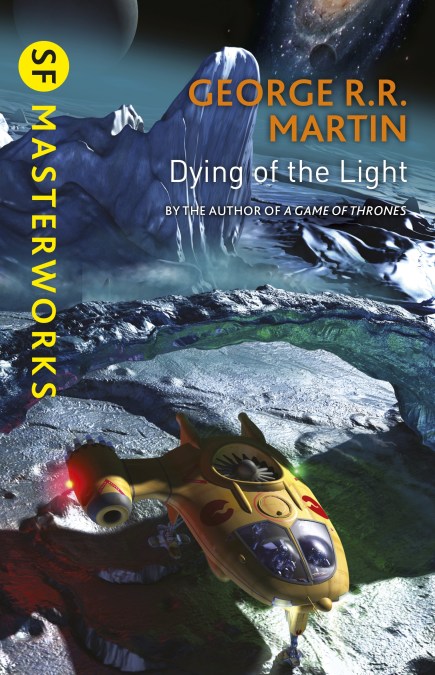 Dying Of The Light

by George R.R. Martin
A whisperjewel from Gwen Delvano calls Dirk t’Larien across space and beyond the Tempter’s Veil to Worlorn, a dying Festival planet of rock and ice. Warlorn is slowly drifting through twilight to neverending night; as the planet sinks into darkness, so its inhabitants face annihilation.

Seven years ago, on Avalon, Gwen was Dirk’s lover, his Guenevere; now she wears the jade-and-silver bond of Jaantony Riv Wolf high-Ironjade Vikary, a barbarian visionary, an outcast from his own people for his acts of violence. And Garse Janacek, Jaan’s *teyn*, his shieldmate, is also bound to Gwen – in hatred. Dirk, a rogue and a wanderer, is called to be saviour of the three who are bonded together in love and hate.

But in breaking their triangle, he could lose all … 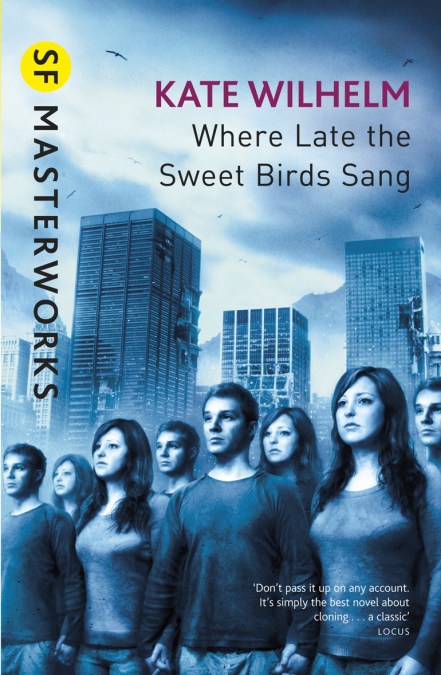 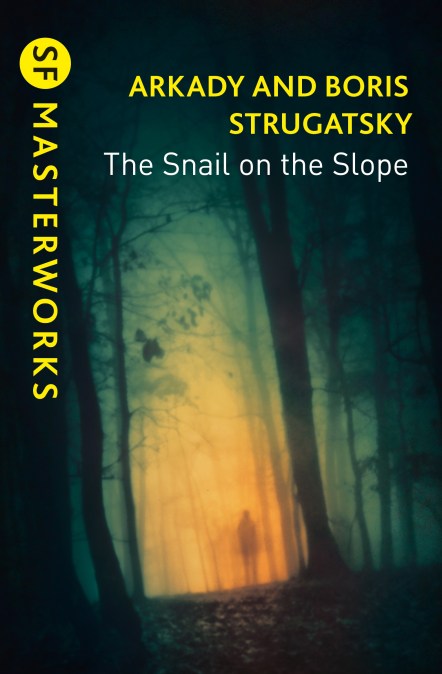 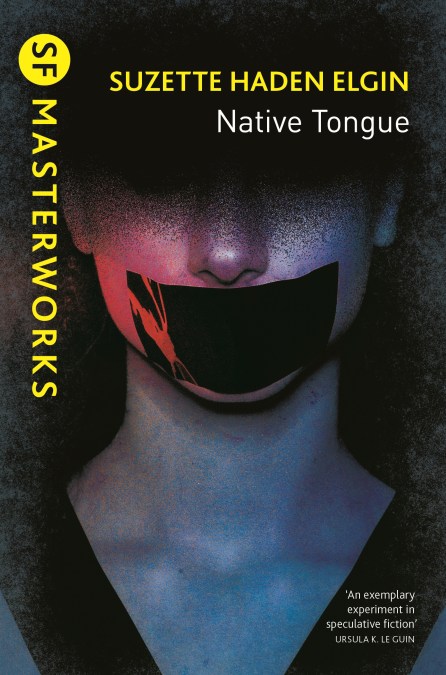 by Suzette Haden Elgin
Set in the twenty-second century after the repeal of the Nineteenth Amendment, the novel reveals a world where women are once again property, denied civil rights, and banned from public life. In this world, Earth’s wealth relies on interplanetary commerce, for which the population depends on linguists, a small, clannish group of families whose women breed and become perfect translators of all the galaxies’ languages. The linguists wield power, but live in isolated compounds, hated by the population, and in fear of class warfare. But a group of women is destined to challenge the power of men and linguists.

Nazareth, the most talented linguist of her family, is exhausted by her constant work translating for the government, supervising the children’s language education in the Alien-in-Residence interface chambers, running the compound, and caring for the elderly men. She longs to retire to the Barren House, where women past childbearing age knit, chat, and wait to die. What Nazareth does not yet know is that a clandestine revolution is going on in the Barren Houses: there, word by word, women are creating a language of their own to free them of men’s domination. Their secret must, above all, be kept until the language is ready for use. The women’s language, Láadan, is only one of the brilliant creations found in this stunningly original novel, which combines a page-turning plot with challenging meditations on the tensions between freedom and control, individuals and communities, thought and action. 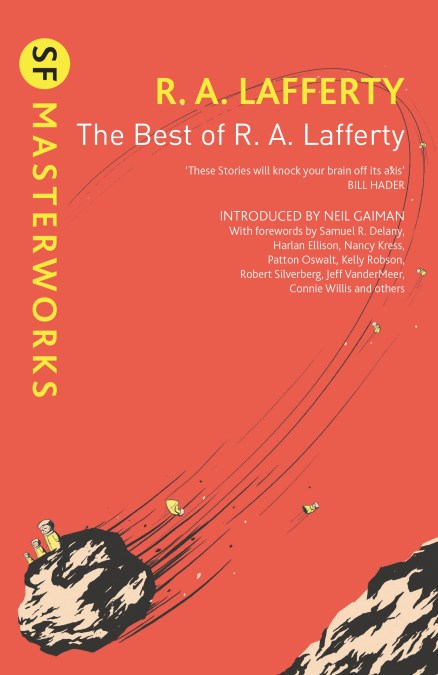 The Best of R. A. Lafferty

by R. A. Lafferty
Acclaimed as one of the most original voices in modern literature, Raphael Aloysius Lafferty has been awarded and nominated for a multitude of accolades over the span of his career, including the World Fantasy Award for Lifetime Achievement.

Nebula Award-nominated
‘In Our Block’ – introduced by Neil Gaiman

And more stories introduced by other modern masters of SF who acknowledge
R.A. Lafferty as a major influence and force in the field. 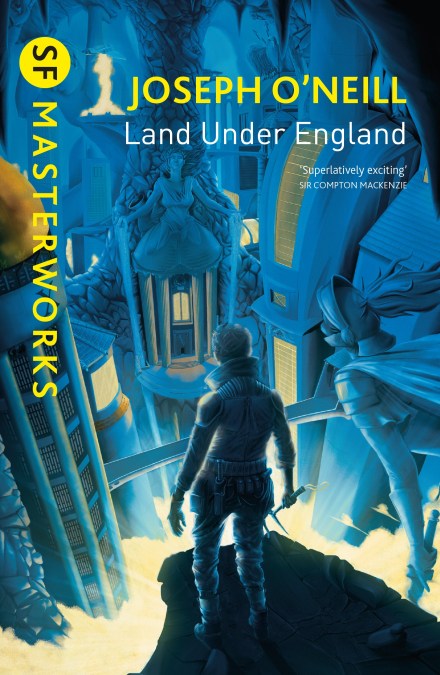 by Joseph O’Neill
While searching for his missing father, Anthony Julian embarks on a terrifying journey into the Earth’s interior. There he discovers a subterranean world, where descendants of the Roman Army suffer under a totalitarian regime in which individualism is completely obliterated by telepathic means. Refusing to join this rigidly controlled society, Anthony must fight to save his father and find a route to the surface – or perish.

First published in 1935, the genre-transcending political and psychological themes of Land Under England put it far ahead of its time. 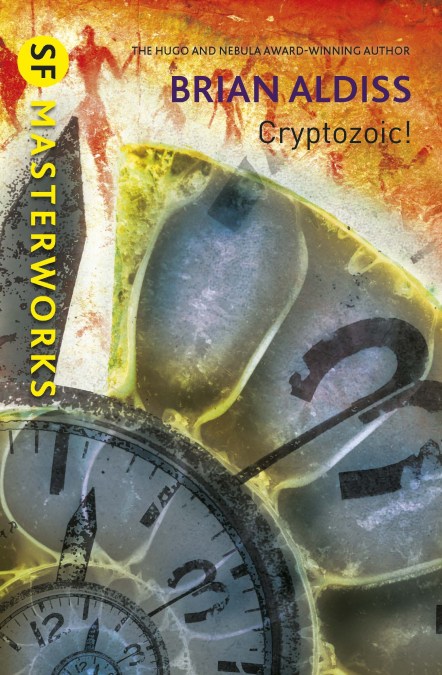 by Brian Aldiss
In the year 2093, human consciousness has expanded to the point that man can visit the past using a technique called ‘mind-travelling’. Artist Edward Bush returns from a lengthy ‘trip’ to the Jurassic period to find the government overthrown by an authoritarian regime. Given his mind-travel experience, he is recruited by the new regime to track down and assassinate a scientist whose ideas threaten to topple the status quo. However, the job of an artist is not to take orders but to ask questions . . . 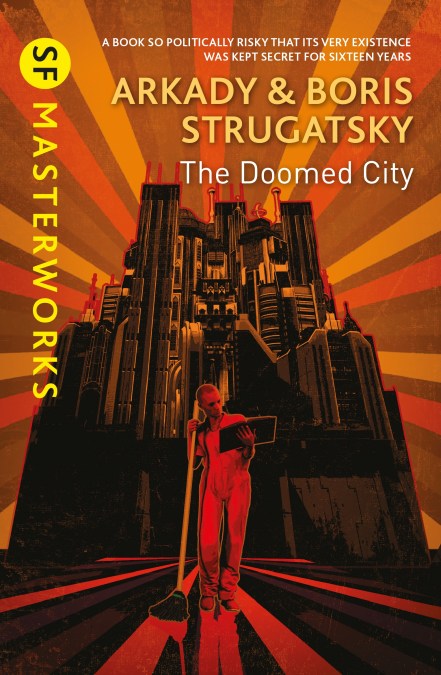 by Arkady Strugatsky by Boris Strugatsky
It is a mysterious city whose sun is switched on in the morning and switched off at night, bordered by an abyss on one side and an impossibly high wall on the other. Its inhabitants are people who were plucked from twentieth-century history at various times and places and left to govern themselves, advised by Mentors whose purpose seems inscrutable. This is life in the Experiment.
Andrei Voronin, a young astronomer plucked from Leningrad in the 1950s, is a die-hard believer in the Experiment, even though his first job in the city is as a garbage collector. As increasingly nightmarish scenarios begin to affect the city, he rises through the political hierarchy, with devastating effect.
Next Page