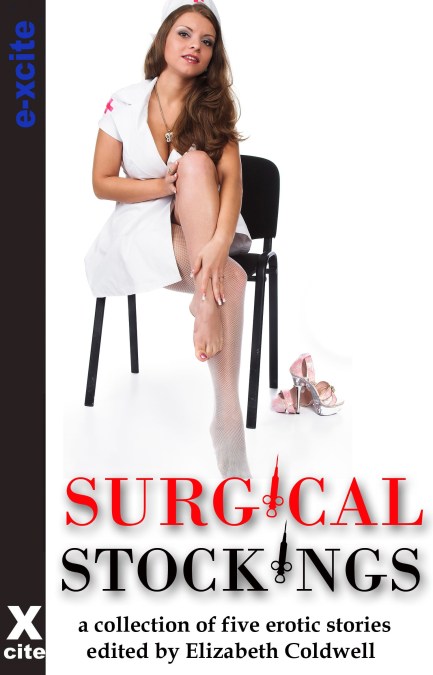 The very moment she met the doctor, she knew he was the man for her. The hunk was straight out of a romantic novel. A sparkling pair of grey-blue eyes. A spruce and orderly crop of dark brown hair. The athletic physique of a man who knew how to work himself into a sweat in the gym. Oh, and more importantly, a prominent bulge saying hello to her in the genital region of his tight black trousers. Ooh, yes. He was just what the doctor ordered! And she was about to swallow her medicine.

The More the Merrier by Clarice Clique

Night of the Incubus by Valerie Alexander

Ariel’s number one fantasy is anonymous sex. But just meeting men in her conservative small town is nearly impossible, let alone arranging a faceless encounter with a stranger. Yet when she bumps into a man in the woods one night – a young man who seems suspiciously similar in the dark to her neighbour’s gorgeous son – Ariel finds herself lost in the hot and wordless sex of her dreams.

Abby longs to step beyond the doors of The Vault, and discover all the adult toys that await her within. As she hesitates on the threshold of the shop, she collides with Cade, the sexiest man she’s ever seen. He takes her inside, to the welcoming attentions of salesgirl Jami, who gives Abby an unforgettable lesson in pleasure – but that’s only the warm-up, as Cade is delighted to get involved too …