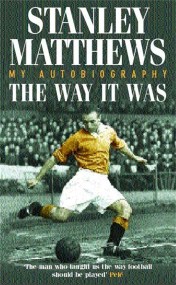 The Way It Was

Stanley Matthews was the most popular footballer of his era, the man who epitomised a generation of legendary players: Tom Finney, Nat Lofthouse, Billy Wright…