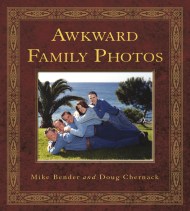 Based on the hit website, AwkwardFamilyPhotos.com ('painful, regrettable, horrifyingly awesome snaps of family bonding, you will laugh so hard that people in adjoining offices will…