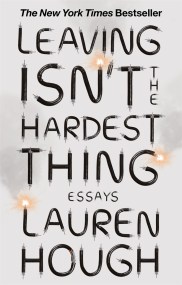 'Hough's conversational prose reads like the voice of a blues singer, taking breaks between songs to narrate her heartbreak in verse, cajoling her audience to…