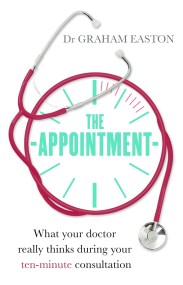 Despite the modern trend towards empowering patients and giving them more choice, the nuts and bolts of medical practice largely remain a mystery - a…