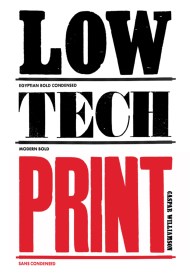 Featuring a global showcase of 100 of the craft’s most exciting and influential practitioners, Low-Tech Print is an exploration of hand-made printmaking techniques and how…