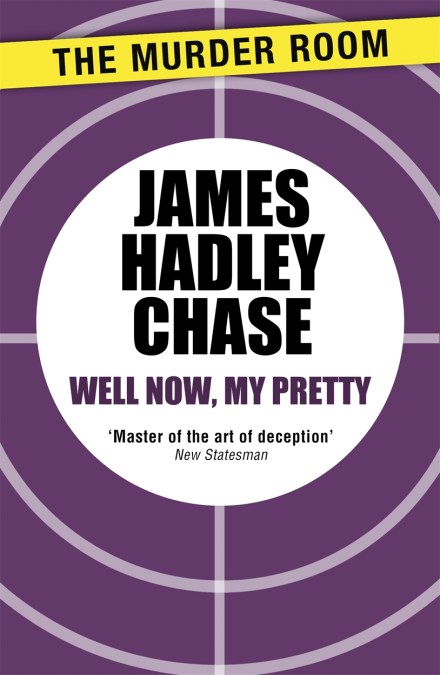 by James Hadley Chase
Serge Maisky has a record as long as your arm. In and out of jail all his life, he’s dreamed for years of the big steal that will set him up for good.

He’s all set to make it. He’s bribed one of the girls who work in the vaults of the Paradise City casino. Nothing is going to stand between Maisky, his four specially recruited accomplices and all that loot.

So when the lovely Sheila and her unassuming husband, unwittingly take off with Maisky’s reward, Maisky gets mad. Real mad … 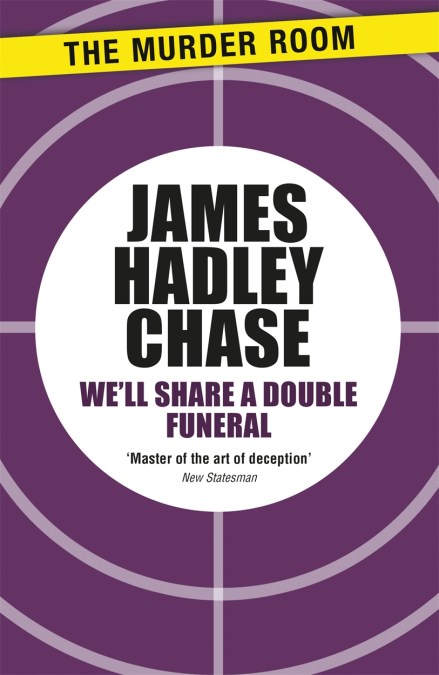 by James Hadley Chase
Chet Logan, known as the Axe Killer, escapes from custody while being escorted to jail. Disguised as a police officer, he meets up with movie writer Perry Weston and persuades him to drive to Weston’s remote fishing lodge. Once there, and somewhat to Weston’s surprise, Logan agrees to talk about his life and how he came to murder six people.

The police become suspicious and put a watch on the lodge. Then Weston’s wayward wife visits him and promises a fresh start. Logan wants money and a chance to start again …

Can either of them deliver or will Weston and Logan share a double funeral? 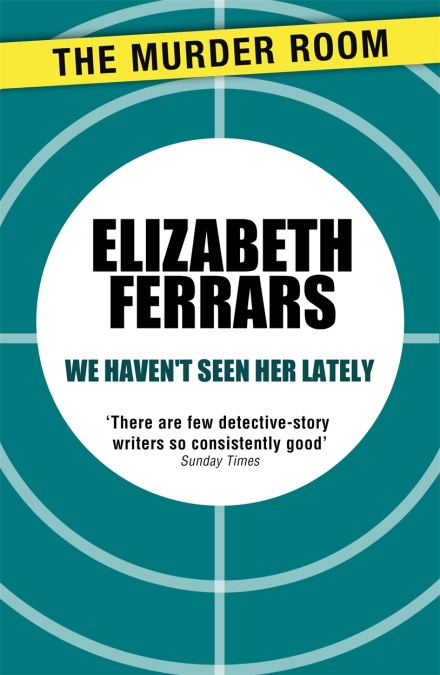 We Haven't Seen Her Lately

by Elizabeth Ferrars
What has happened to Aunt Violet? Helen Gamlen isn’t sure anything has, but when Martin Andras turns up unannounced on her doorstep one night, implying that her aunt has disappeared, she feels she should try to clear things up once and for all.
Martin’s interest in Violet’s fate is purely selfish: her house in Burnstone had belonged to his grandfather, who left it to his faithful housekeeper for her lifetime. When she dies it will return to Martin’s mother, and later, of course, to him.
But when Helen arrives on her aunt’s doorstep, she finds she isn’t the only person looking for a missing lady . . . 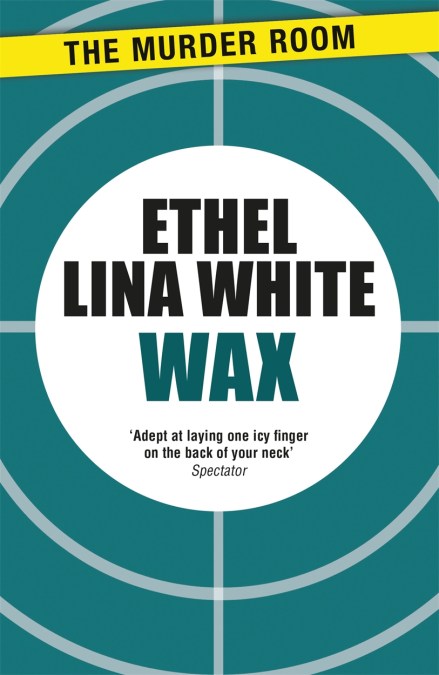 by Ethel Lina White
Reporter Sonia Thompson discovers threads linking prominent members of Riverpool society with the chamber of horrors in a neglected waxworks museum. Married Lilith Nile is using it as a place to meet Sir Julian. Schoolteacher Miss Monroe is obsessed with the moth-eaten figure of Mary of England. And why does Mr Cuttle, the amorous Alderman, take such a keen interest in the museum?

When Sir Julian, having spent the night in the waxworks for a bet, is found dead, and an epidemic of purse-snatching sweeps Riverpool, Sonia realises that she is on the verge of uncovering a sinister plot.

Forced to bring matters to a head, Sonia resolves to spend a night alone in the waxworks … 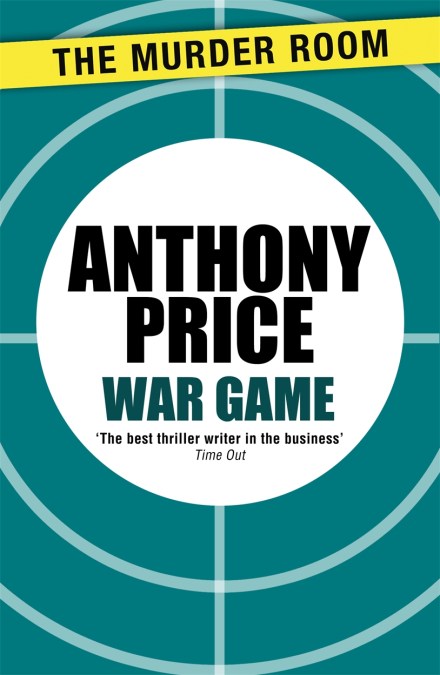 In the rural peace of modern England a war game recreates the slaughter of the Civil War. But when the battle ends, a real corpse is left it the Swine Brook; and an aristocratic but impoverished revolutionary claims to have found a cache of ‘Cromwell’s Gold’.

When David Audley is called in, seventeenth-century secrets and the deadly game of modern espionage clash in a brilliantly intricate thriller of bluff and counter-bluff. 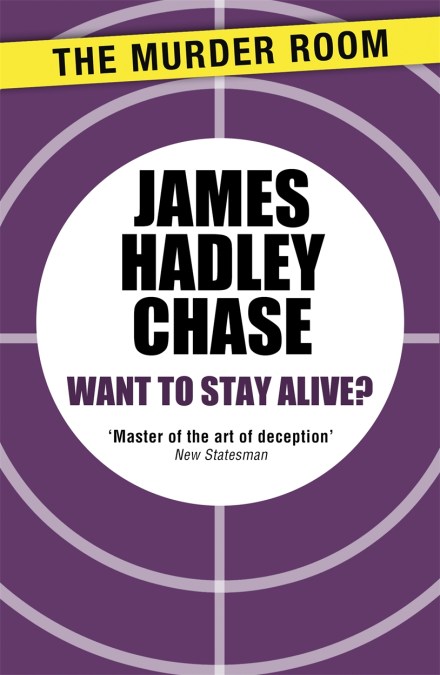 by James Hadley Chase
Poke Tohola, a Seminole Indian, is on to a smart racket. His formula is that fear is the key that unlocks the wallets and handbags of the rich. But Chuck, a cop-killer at 18, and Meg, beddable but dumb, don’t work to formula. The three of them turn Paradise City into Panic City. Then Detective Tom Lepski lumbers in … 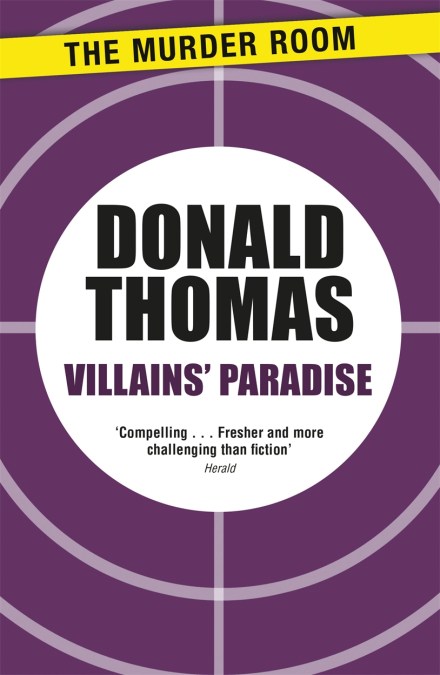 by Donald Thomas
With the war over, the forties, fifties and sixties have the aura of a golden age. But nostalgia is deceptive. From teenage Teddy Boy razor gangs and casual stabbings at dance halls to the psychopathic Krays, ‘Mad’ Frankie Fraser and Ronnie Biggs, Villains’ Paradise reveals the chilling true story of the crimes of postwar Britain.

With the narrative pace of the best detective fiction, Donald Thomas creates a thrilling journey into the heart of postwar Britain’s secret history. 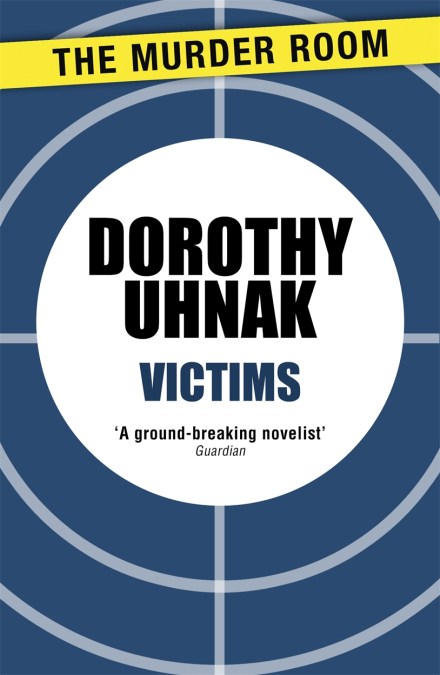 In Queens, in the middle of a brightly lit street, a woman is savagely stabbed to death. The victim, Anna Grace, was a nurse devoted to helping others. But no one tries to help her on the last night of her life, even as she screams.

Homicide cop Miranda Torres vows to bring the killer to justice. Then a series of mob hits in the city takes the case in an astonishing new direction. And when Miranda discovers why Anna was murdered, she must catch a killer who will soon hold her life in his hands. 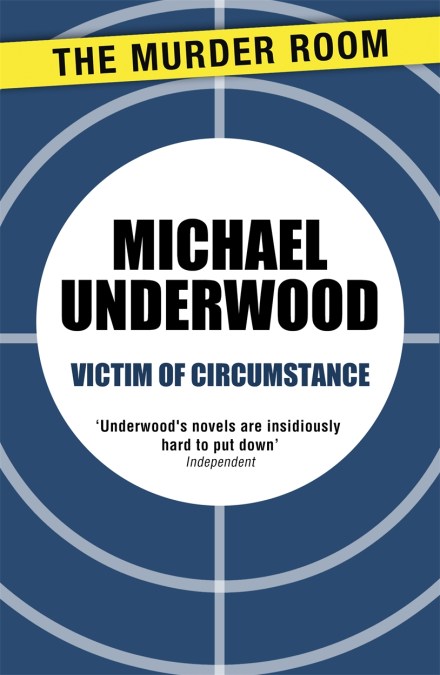 by Michael Underwood
John Farndon, a teacher at a public school, is bored with his French wife Monique and infatuated with the assistant matron Belinda.

He plans to kill Monique, but from the moment John is about to pull the trigger the action jumps to a trial. But the trial is not John’s – and Monique is still alive. John has been shot in the back of the head … 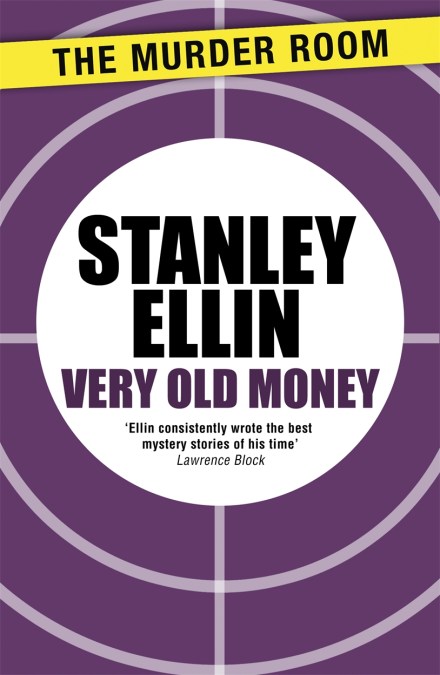 by Stanley Ellin
The enormously wealthy Durie family occupies a gigantic baroque turn-of-the-century mansion on Manhattan’s Upper East Side. The family, whose fortune was established in Colonial times, is traditionally shy of all public notice and proud that no scandal has ever touched its name.

Newly married Michael and Amy Lloyd, bright young teachers in a private school, suddenly find themselves unemployed and apparently unemployable. When all cash and credit are gone, Michael and Amy decide to take up positions on the Durie household staff. But as the Lloyds learn to cope with their positions as servants they slowly become aware that the seventy-year-old matriarch Margaret Durie is, for her own unexplained reasons, enlisting them as her helpless accomplices in a subtly designed series of events that will ultimately lead to a thunderous scandal … and a ghastly death. 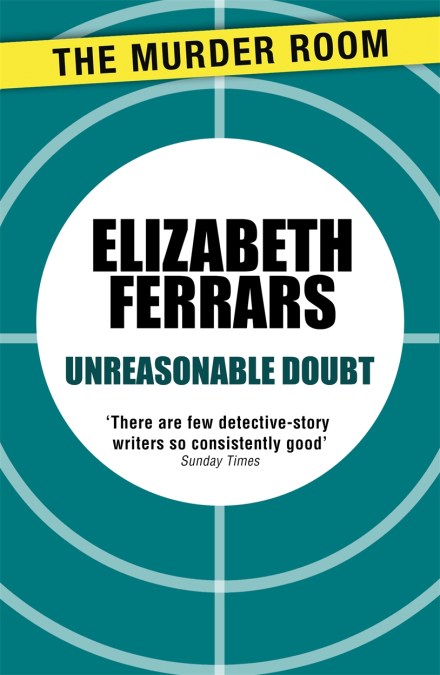 by Elizabeth Ferrars
Professor Alistair Dirke thought himself a reasonable man – he could scarcely acknowledge the suspicion that was beginning to grow in his mind every time he saw his wife Rose with Paul Eckleston . . . Paul seemed to be there very often these days.

Yet soon a more terrible suspicion was to grow and spread through the little community of Rollway, where the Dirkes had lived in peace with their neighbours. A valuable collection of coins goes missing and then a man is murdered. 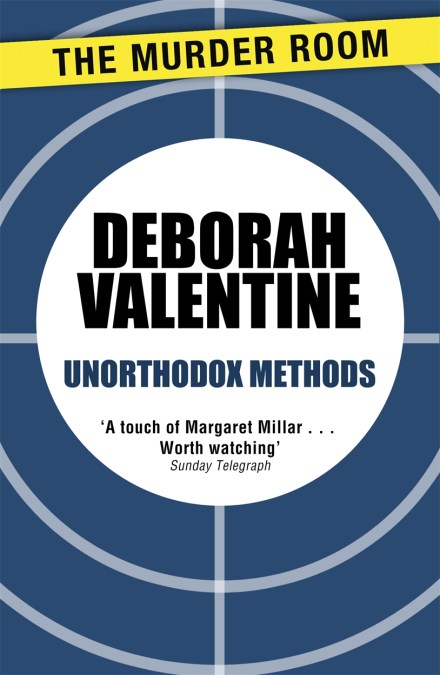 by Deborah Valentine
‘A touch of Margaret Millar . . . worth watching’ Sunday Telegraph

Sculptress Katharine Craig doesn’t often get to Lake Tahoe, where she stays with her cousin, Jon Craig. This time, though, Katharine arrives just in time to be swept into a whirl of parties, mystery… and murder.

A series of art thefts has the townsfolk doing plenty of speculating and Cousin Jon is right at the centre of the mystery. But when a local art collector is found gruesomely impaled on the piece of sculpture he recently had shown to Katharine, idle speculation turns to serious investigation. It seems Katharine was the last person to see the victim alive, and Kevin Bryce of the Tahoe Police has a more than passing interest in getting to know her better…
Previous Page Next Page