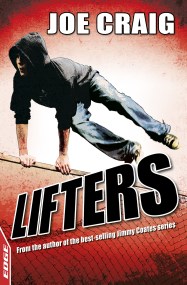 Adaq and Maya are siblings - urban professionals with a unique set of thieving skills. When Adaq lifts a package from his latest target he…